We all heard of Karma and have an intuitive understanding of it – usually mixed up with our cultural heritage, so for Westerners it is likely to associate it with the Christian definition of sin and guilt, and since the abyss into it is so vast,
the wild-card for it in Christianity is the original sin which implies that we all are overloaded by it and need the grace of an authoritative god-figure to relieve us from it. 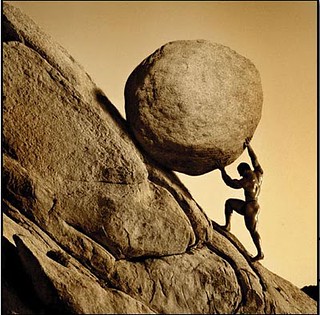 Yet in my understanding Karma seems to be merely the accumulation of millions of decisions, resolutions and conceptions which did in time shape our personality – neither good, nor bad, just the result of ones own mindset which developed over lifetimes.

Let’s take an example of 2 kids under extreme pressure:
One may withdraw into its own world and become more and more sensitive, fragile but also intuitive, and the other one may turn rebellious and subscribe to the philosophy of strength.

If this goes on for decades, the entire body-type may be shaped – the first one turning feeble or fat and the second one may become strong but also choleric.
And this in turn will lead them into total different life-situations where the first one sees the world as hostile and finds a secret happiness in the realms of fantasy and spirituality whilst the second one may become a hardcore materialist and very successful in “breaking a few eggs” to accomplish own goals.

Many situations will be encountered,
which then will lead to total different new resolutions, experiences and conclusions.

A change in character usually happens long after one tried to resolve a situation – usually it is when someone “had enough” and takes consequences.
This is the stage in which one doesn’t bother anymore getting into details and discussing things, but simply acts in a certain way.

Think of arguments you had with some (kind of) people; and at one stage you decided not getting involved into useless nitty-gritty stuff anymore, but just do your own thing.

This is when your personality-type mixes with the conclusions which were drawn from experiences. (And I want to point out that it is merely the conclusions, not the experiences themselves which shape ones character – two people may experience the exact same thing and react in very different ways to them).

And once things got intermingled the way back is usually hard to trace any longer. Whilst psychology does try to reconstruct root-issues through analysis, the causes may lie much deeper than the usual assumed ones in childhood if one believes in reincarnation for example. After each rebirth there is a kind of reset in which previous experiences are forgotten, but the conclusions and physical results being a certain elemental or body type, are carried forward

Someone did experience something a long long time ago which did shape the character and even physiology, and lifes later may react to certain circumstances in unexplainable ways – hence the simple place-holder-terminology for it is Karma.

So now most of us take Karma in a fatalistic way of a mysterious force overshadowing us.
But the good news is that there is a “solution” of literally “re-solving” this huge entanglement between the world and the individual: It’s the “dis-solving” of that which we decided to construct as our persona – our concerns for our relationship to the world – or in other words our ego.

This is a very difficult task, because there is no intellectual guideline and in order to “get a grip” on ones worldly entanglements one has to let this go and look from a meta-perspective. And this is what meditation allows us to do: To simply step out of the hamster-wheel of having to react and therewith add more stuff onto the pile of Karma, and simply to be.

So instead of boiling the water with emotions one does cool it down until the bottom freezes which then lets parts of ice raise to the top. In time the entire water will be turned into “coolness” and calmness.

The only problem with it is that no one knows the amount of water which is to be cooled down – is it a decade worth of troubles or thousands of years of previous lives? And neither do we know the severity of our misconceptions, so to answer how long this will take is like asking “how long is a piece of string” ?

And this is where we all at one point or another fall into desperation for having worked for so long on our issues and sacrificed so much, and yet, here we are still having to endure the same pain again and again and again.

It simply is frustrating not to see any progress, so here are a few visualisations in order not to give up:

1. Nature grows slowly – if a fast change is forced it usually is a tree being logged

Whenever pharmaceutical products work fast, they usually don’t build something in the body, but destroy something like the excessive Yang energy in young people when forcing  them to calm down with Ritalin for example.

2.) Some progress can be seen and keeps being hidden for a long while

If you for example only focus on the change of a minute, you will not see anything happening for 59 seconds, yet things do shift constantly. Cover the seconds on the right with your hand to simulate to be blinded to smaller changes – you need patience to wait for the next minute when not seeing the seconds move.

2.) If your life seems to go back and forth it may be part of a larger picture

Let’s stay at the example time and think that you would be one of the 24 analog clocks below, but can not understand the irregularities of your life alone.
You may not see it yet, but in the larger context it later may make perfect sense:

3.) Your timeline is not necessarily straight but possible a spiral 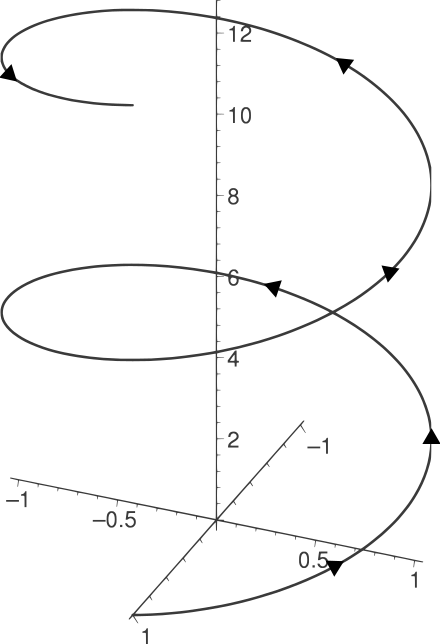 You evolve from the bottom and every so often you encounter the same point P again and again, but always on a higher level.

Subconsciously you know it – even it the personality-work seems never to stop – all you need is to carry on to do your soul-cleansing, because the most stupid thing would be to turn around, when you walked the largest part of the way through the desert already.

I once walked with a group through the desert and we came to an oasis, but the pond below the waterfall was full of people, so we had to walk up the hill to the next one.
This also was full of people so we walked further up to the third one which also was occupied. Knowing that there were Panthers which were quiet in the day, we kept walking to the fourth one, but when this also was not free we carried on until the fifth one and there we had he most beautiful view over the desert and I later found out that I coincidentally did visit the place where David supposedly shot down Goliath.

This taught me that sometimes when times are tough, it simply might mean that I should not settle at this low level but literally rise above my difficulties, because I might finally be rewarded with the most beautiful view on life. 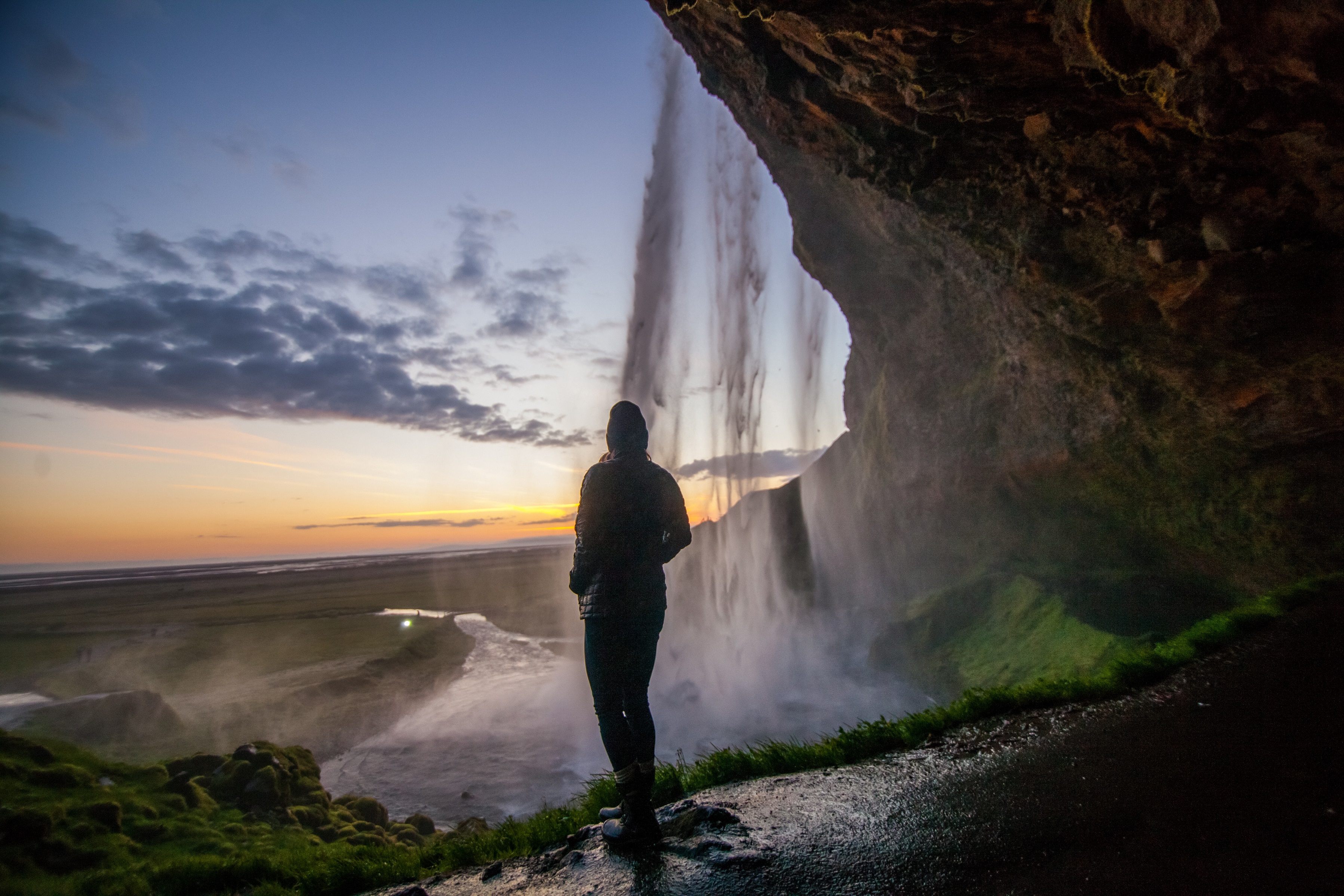