How Sodarshan Chakra Kriya does stir up all the emotions

A blue big aura is about Jupiter, which is one of the spiritual principles, which pervade all areas of life.

Jupiter is related to: 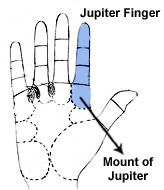 All in all it can be compared to the spiritual aspect of the wood element in traditional Chinese Medicine, which is called HUN.

My conclusions on 3HO

Yogi Bhajan certainly had Jupiter qualities, because at his peak he was big, very spiritual and also insatiable when building his Yogi-tea empire.
I hope that you can see that in the following critical paragraphs my intention is neither to advertise my own spiritual direction as “the next bliss”, nor to degrade Yogi Bhajan, but to be as honest as possible about all the good and the bad, including my own weaknesses and issues.

The reasons that he must have thought that his ends did justify the means is the reason why I am so frustrated with Yogi Bhajan and 3HO: He never payed any of the herbs we prepared for him, some teachers seem to have skipped taxes on their cash-income from lectures, and being an idealistic youngster, I was the ideal person to be exploited for free work (just it happens in cult-like organisations).

Just as Jesus said: “you will know them by their fruits”, this also did spread to his followers: I told 3HO members that I wanted to move to the USA, and would do any job for them.
One sucked $2000 out of me by selling me 3 times his newest version of the same Kabbalah course and making him do advanced web-design for less than the minimum wage whilst living in the most expensive area of Manhattan.
And another one, whom I did help to build up his website (for free in the hope for him to arrange me a job in LA), deliberately kept me at arms length in Europe only to post in his blog that “people who did loose their center are bad for completion, but useful troubleshooters” (a synonym for ‘useful idiots’).

If he was the all-intuitive Yogi whom 3HO makes him out to be, he surely should have sensed how fragile my young spiritual seed was and should have warned me.

To understand my grudge-holding oversensitivity, (and to give you now the warning I never had), I have to explain to you the disastrous consequences his false premises of a “highest” Kriya which “cuts through all darkness”, “gives one a new start” and “the nine precious virtues and 18 occult powers” had on me.

I was told by blog readers that there are two more Kriyas he promoted as the ultimate ones, such as Kirtan Kriya, which would “make you see the unseen”, and Sat Kriya which would be “the one Kriya he would teach if he only could teach one Kriya”.
This did water down thise promise of SCK being “the highest Kriya”, just as you might find it disappointing when you are told to be someones “one love”,
only to hear that this person also told it to two others.

Yogi Bhajan intended and certainly did very well in selling eastern spirituality to scientific minded Westerners. The only problem is that by omitting that he sold his individual combination of yogic energetic work and his orthodox belief in god, he fooled people like Gurusant Singh into Yoga and me into Sikhism – something we both never were interested to adopt. I am certain he had good intentions, but therewith also did mislead: By dishing out black&white “facts” he made it seem as if he knew “the truth” – a clarity most spiritual seekers long for only to find themselves in an abysmal pit when things didn’t turn out the way they were hoped to be.

The effect is like when a child finds out that Santa Claus never existed, or when a teenager’s dream of a super-hero-miracle, is shattered. This is especially bad when significant effort was put into that dream, as it leads to a literal dis-appointment – a step away from a hopeful appointment ones soul made.

I fully admit me naively having been attracted to Y.B.’s teachings, because he had the same assertive “Gallbladder-energy” (as it is called in TCM) as my father had.
One always attracts Gurus which reflect ones own personal inclings. Since “German discipline” was pushed onto me, his unyielding speeches were the language I was prepared to hear – not realising that a rigid discipline is not the path to open mindedness.
{This btw is why I choose those Tarot cards drawn by Frieda Harris:
She did have the exact same ambivalent relationship to her associate Alister Crowley, as I had to Y.B. – a mixture between fascination and awe and frustration.}

For the next 2 decades I was sincerely dedicated to this Kriya trying and failing to do the 2.5 hours regularly over and over again for 1000-3000 of times (no exaggeration!), all in the hope that this would be the key to overcome all obstacles.

My failures (together with not being able to follow the dietary and circadian Indian 3HO-lifestyle of “cultural imposition“) did lead to a tremendous amount of feelings of insignificance and guilt, and did bring out so much internal trouble in me that it did sabotage literally all worldly aspects of my life – from jobs to all my friend- & relationships and even my physical well being.
All, because I always did consider my failings to have been a result of not having dedicated myself enough to the detachment from worldly desires such as pleasures or my ambitions (which I considered to be an ego-trip).

The only aspect, which in the background sneaked up on me continuously, was me ageing and therewith the decline of my possibilities and joy in life.
Realising the ever increasing loss of opportunities I did  spiral downward into an epic depression.

This is what frustrates me so much about most successful organisations:
They never ever will take blame for the huge collateral damages they caused by using tons of expandable foot-soldiers as step-stones on their way.
Such longterm damages are too abstract to be traced back to them being the cause, because the effects are as delayed as the #meToo incubation time is.

However, I am very aware that in the end all the troubles I did encounter were also a result of my own karmic misconceptions of reality, so I mainly write those negative experiences for your educational purposes (to counteract erroneous superstitions) and at the same time for myself to let my past go in order to make love for fresh compassion again.

Whilst I initially did set up this blog to inspire other people to do more SCK, I now put up this slow course in order to protect any of you from trying to force your way onto spirituality, and then fail with nearly suicidal feelings – something I have seen a few times – even here on this blog.

Now you may ask why I do even continue to do SCK?
For the same reason couples stay together in times of disharmony,
people keep working in a tough job,
or 3HO holds on to an impeccable image of Yogi Bhajan:
We all did invest too much in our hopes and it would be disastrous to throw it all away.
It took me 2 decades building up this Kriya, and I want to do at least the legendary 1000 days of 1/10th of the day in order to able to say that I have given it the full chance.
It is as much as an experiment for me as “the last straw” I am holding onto, because everything else did fail in life and I still am hoping for that point of spiritual breakthrough. Maybe this breakthrough will only come when hope in it wanes.

But apart from my personal desperation, another reason why  I do continue and advertise for this meditation-yoga, is because I do  consider this Kriya to be one of the most effective Kriyas to clean Karma, so it is definitely is worth doing it (especially if you believe in reincarnation) and want to minimise your future suffering.
I told you about the terrible problems I had, but I also have to point out that over the years SCK did mature me by the means of profound insights.

Here you find the introduction to this 7-part-series

Don't be shy, bring this site to life by commenting ;-) Cancel reply